The Birth of A Product 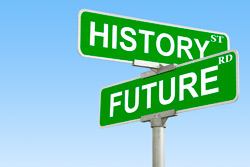 As a principal in a large Manhattan property management firm that used Timberline for its accounting system, Frank Grenci, the creator and author of TimberScan, recognized the need for an automated system of tracking, sorting, approving, and paying the thousands of invoices that were received each month for the 100+ properties they managed. After trading the bright lights of Manhattan for the sunny skies of Florida in 2002, he turned his programming hobby into a full time profession.

Michelle Jardine, who is currently Core’s Client Services Manager but was formerly a Timberline consultant working for Bernard Ross, approached Frank in early 2003 about a client of Bernard’s that she was working with that needed just the type of automated system that Frank had envisioned. This client, a large Real Estate Investment Trust headquartered outside of Philadelphia, had 125 users spread over seven regional offices. They were spending a fortune overnighting invoices to headquarters, and approvals were a nightmare. Frank got the development contract, and after over a year of writing TimberScan v1.0 was ready. The client loved it. In short order invoices were being approved and paid in a timely, orderly fashion, and the Fed Ex bills were drastically reduced.

“TimberScan is one of the most innovative and important products we have seen in the last 25 years.”

Recognizing that other companies could benefit from TimberScan, Frank decided to exhibit it at the annual 2004 Timberline Users Group Conference. While the response was very positive, sales were very slow, and it was apparent that a strong marketing arm was necessary to make TimberScan successful. Frank approached Bernard, who was an independent Timberline Business Partner from whom he had originally purchased Timberline, about marketing TimberScan, and a great team was born.

Through Bernard’s tireless efforts sales picked up, but it became apparent that while TimberScan was great for property management firms, it was less than ideal for many construction companies. So it was back to the keyboard for Frank in 2005. Consulting extensively with the earliest TimberScan construction clients, he mapped out a blueprint for TimberScan v2.0. Starting over from scratch it took another 1 ½ years of writing before it was ready for beta testing in January of 2007. From the first responses of the beta testers and early adopters, it was apparent that we had hit the sweet spot.

Once the production version was released sales immediately started to pick up. Then it was time for the 2007 TUG Conference. The idea of imaging was beginning to receive a lot of consideration from many companies, and the response to TimberScan from attendees was overwhelmingly positive. Bernard then gave a demo to the Director of Sales for a large Mid-Western Timberline Business Partner, who proclaimed it one of the most innovative and important products that he had seen in the past 25 years. He signed up as our first TimberScan Business Partner, and we were on our way. By the end of 2007 we had tripled our client base.

At that time Frank and Bernard, who had been working in concert through their own respective companies, decided to join forces and Core Associates was formed in January of 2008. Sales continued to accelerate, and our client base was tripled yet again during 2008. Then the Great Recession hit. Rather than declining, TimberScan sales proved to be counter-cyclical as companies recognized the need for the super efficiencies that it provided.

While the product has been continually upgraded with new features from the beginning, we realized that the current version of TimberScan, which was written using older technology, needed a major rewrite to take advantage of the new, cutting edge technologies. In 2009 we began the long and arduous process of rewriting TimberScan, which has over 200,000 lines of code, from scratch.

The result is TimberScan v3.0, which sports a modern interface, new features but retains the ease of use and intuitiveness of the previous versions. It also provides the foundation for our new initiatives!